North Center is a culturally diverse, tree-lined neighborhood on Chicago's North Side, located a mile from the lakefront and seven miles from Chicago's Loop. The neighborhood is characterized by its picturesque views of the Chicago River, large parks and a vibrant shopping district.

Settled by European immigrants in the 1870s, North Center was only accessible via the Chicago River and Little Fork Road, now known as Lincoln Avenue. The Great Chicago Fire of 1871 spurred many displaced Chicagoans to move to North Center, and they left a lasting legacy of European-inspired residential and commercial architecture.

Anchored by North Center Town Square, the community offers events including a farmer's market, the annual Ribfest and musical concerts. Three city parks, the Waveland Bowl and an indoor ice arena provide recreational activities, while North Center's retail boutiques and art galleries, such as the well-regarded Homey Gallery, offer diverse shopping. Restaurants including the Half Acre Brewing Company, as well as performance venues such as the American Theater Company, provide many cultural and dining options. 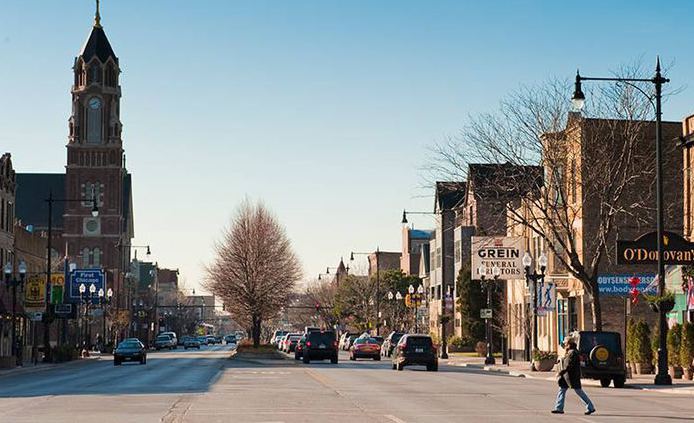 Based on information submitted to the MRED as of date and time shown below. All data is obtained from various sources and has not been, and will not be, verified by broker or MRED. MRED supplied Open House information is subject to change without notice. All information should be independently reviewed and verified for accuracy. Properties may or may not be listed by the office/agent presenting the information. © 2019. http://www.mredllc.com/comms/resources/DMCA_Notice.pdf